报告题目：DNA-hybrids and supercharged polypeptides for nanomedicine and diagnostics 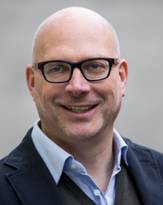 Andreas Herrmann studied chemistry at the University of Mainz (Germany). From 1997 to 2000, he pursued his graduate studies at the Max Planck Institute for Polymer Research in Mainz in the group of Prof. Klaus Müllen. Then he worked as a consultant for Roland Berger Management Consultants in Munich (2001). In the years 2002 and 2003 he returned to academia as a postdoctoral fellow working on protein engineering with Prof. Don Hilvert at the Swiss Federal Institute of Technology, Zurich. In 2004 he was appointed as a head of a junior research group at the Max Planck Institute for Polymer Research. From 2007 to 2017 he held a position as full professor at the Zernike Institute for Advanced Materials at the University of Groningen. The Netherlands, where he headed the chair for Polymer Chemistry and Bioengineering. Since June 2017 he is scientific board member of the Leibniz Institute for Interactive Materials in Aachen, Germany, and fills a position as full professor at RWTH Aachen University for Macromolecular Materials and Systems.

The Herrmann group investigates engineered biomacromolecules and bioorganic hybrid materials for biomedical and technological applications as well as the construction of proto-cells. The team is experienced in the fabrication of nucleic acids by solid phase synthesis, solution processes and molecular biology methods. Regarding the production of proteins, the Herrmann group generates unfolded supercharged polypeptides and their fusion proteins by genetic engineering. Furthermore, the group has a strong background in bioconjugation protocols especially for generating hybrids of biomolecules and organic structures. The resulting compounds are processed to form larger soft matter superstructures with nanoscopic and mesoscopic order. Examples are functional micelles, liposomes and lyotropic or thermotropic liquid crystals.